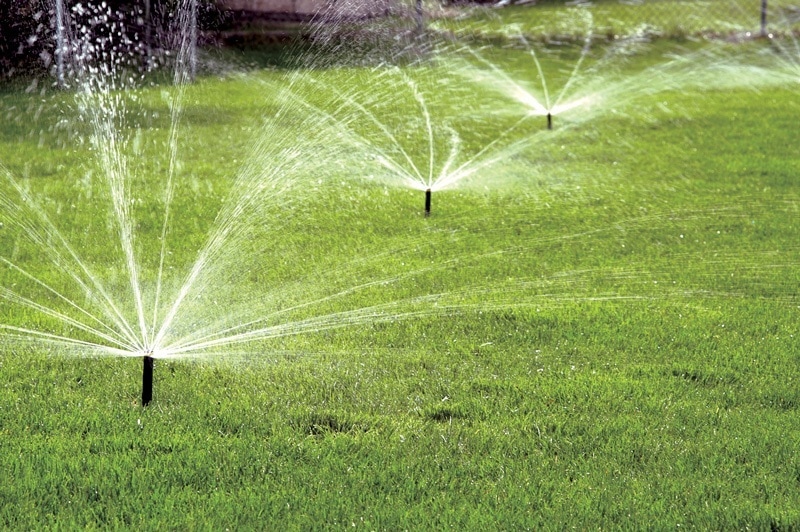 Even though the likelihood of deep freezing temperatures and heavy snow is usually very small in North Texas, it is still a good idea to winterize your sprinkler system by the time winter arrives. This will help avoid any damage to your system just in case unusually cold weather hits. If water is left in your irrigation lines or valves, it could freeze and expand, causing them to split or burst. When that happens, you may be in for a nasty surprise come spring when you turn your system on. Burst pipes can cause flooding, significant same to your home’s plumbing system, and much more.

Maybe you’ve never wondered how to winterize your sprinkler system, but a major threat to your sprinkler system during winter is freezing. As residual water inside the pipes, valves, and other components freeze and expands, it can rupture or deform sprinkler components and lead to major problems or leaks in the spring. Some homeowners assume that buried sprinkler pipes are insulated from freezing by the latent warmth of the earth at a certain depth, known as the “frost line.” In many parts of the country, though, the frost line is located as deep as three or four feet below the surface. Since most sprinkler pipes are installed at a shallower depth, they become vulnerable to freezing and the resulting damage.

In order to winterize a sprinkler system, it is important to first know what type of system you have. In this article, we will touch on both the most basic steps of sprinkler winterization and the more specific methods based on your system type.

How to Winterize Your Sprinkler System

Turn Off the Supply

First, cut off the water to the entire sprinkler system. A properly installed system should have a main water shutoff valve in a sheltered location to protect it from freezing, such as a basement or crawl space. However, if the shutoff valve is outdoors and exposed to freezing temperatures after the water is turned off the valve should be insulated for the winter. This can be done by covering it with a plastic bag, then wrapping it with foam insulation tape.

There are two options to winterize the system controller. Many controllers have a rain mode that essentially stops the signals to the valves. While in rain mode, the controller will still have the correct date and time and keep track of all the programmed settings. The only difference from regular mode to rain mode is that your valves don’t turn on – everything else stays the same.

As an alternative to leaving the controller in rain mode all winter, simply unplugging the power to the controller will also stop all valve activity. When spring arrives, however, you’ll need to reprogram the controller for the correct date, time, and settings.

The next step is to drain the water from your sprinkler system, which may include one of the following methods

3 Methods to Winterize Your Sprinkler System

For systems with a manual drain valve:

You will need to remove any remaining water from the valves. This can be done by taking the valves apart and drying the parts or blowing compressed air through your system. Replace any valves you may have removed and leave them all in the open position to prevent the system from repressurizing during the winter.

For systems with an automatic drain valve:

The automatic valves automatically remove water when your sprinkler system shuts off. However, you will still need to take apart the valves or blow compressed air through the system to remove any water that may still be in the valves.

Taking the time to properly winterize your sprinkler system before winter arrives can help you avoid expensive repairs in the spring.

Do you need help with sprinkler maintenance? Tell us what you need and get an estimate on the work.